A couple of months ago, I filmed the videos for the Double Wedding Ring QAL, along with several other video tutorials. When I played them back for editing, the videos were garbled and unusable. I was so frustrated (and may or may not have taken it out on my video camera). I had spent all of that time making videos for you, to only discover that I had been talking to myself.

I bought myself a new camera, only find out (after opening it) that it didn't have the attachment for a tripod. What?! What camera, these days, comes without a tripod attachment? I decided to make it work, and used it to film the rest of the Double Wedding Ring videos. With the help of lots of double stick tape, the new camera stuck to the tripod, just long enough to finish the videos. I wish you could have seen the comedy of it all. But, I got it done! Whew!

Without further ado, let's make those apple core units! We're getting so close to being finished! After this part, we'll make our rows of apple core units, then assemble those into an acutal quilt.

Assembling the Apple Core Units:
This step relies on skills you've learned in previous videos: using the layout template, glue basting, and using the crease as your seam guideline.

The full layout template needs to be pressed flat to a hard pressing surface, or securely anchored with pins. Take one melon wedge unit, and anchor it with pins to it's place on the template. Be sure to have the "A" arch pointing toward the center of the unit. Do the same with the second unit. 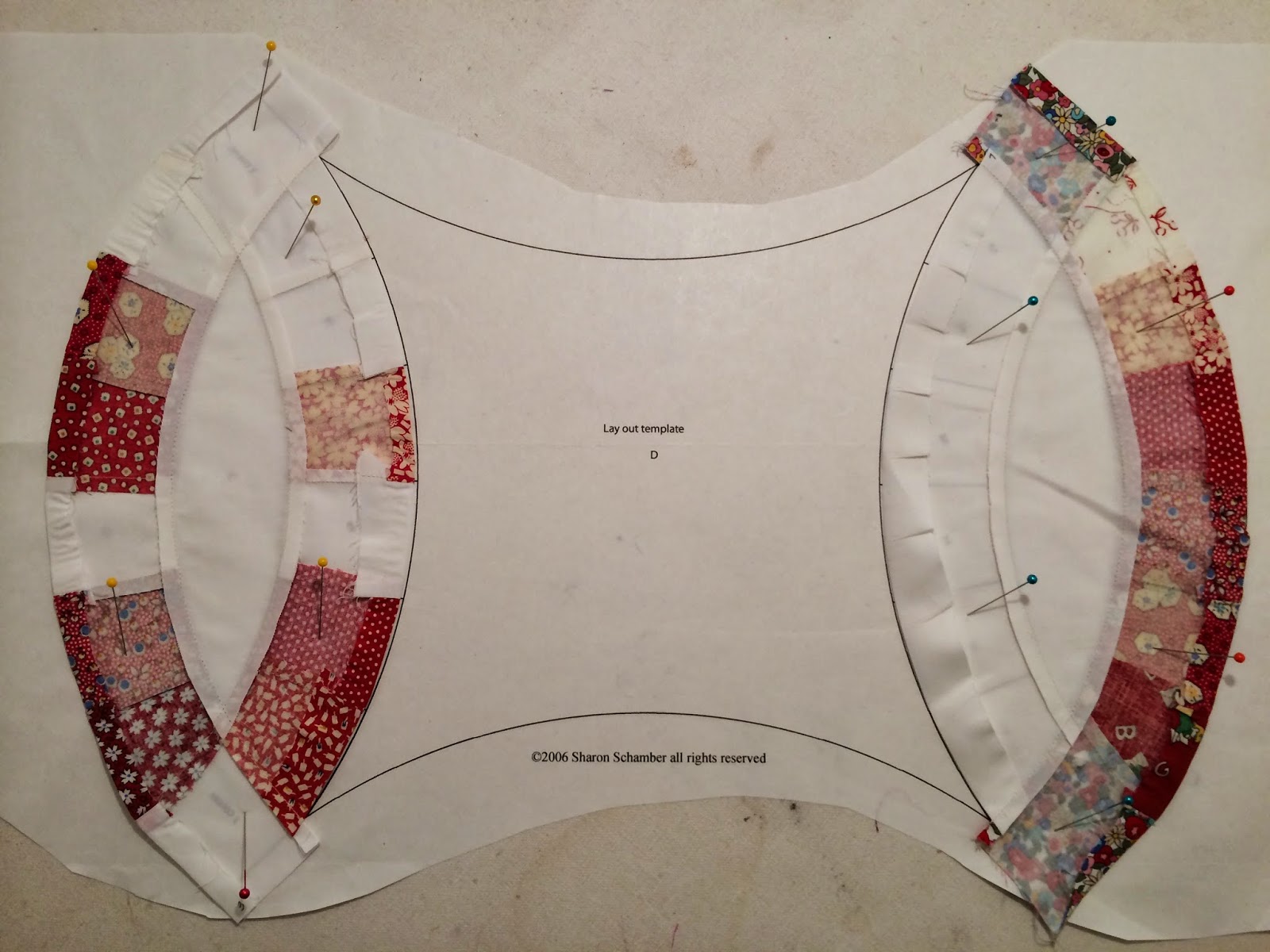 By lining up the intersection of arch A & B, to the corresponding intersection, on the template, you'll achieve the best results. The black lines should just barely peek out from under the edge of the farbic. 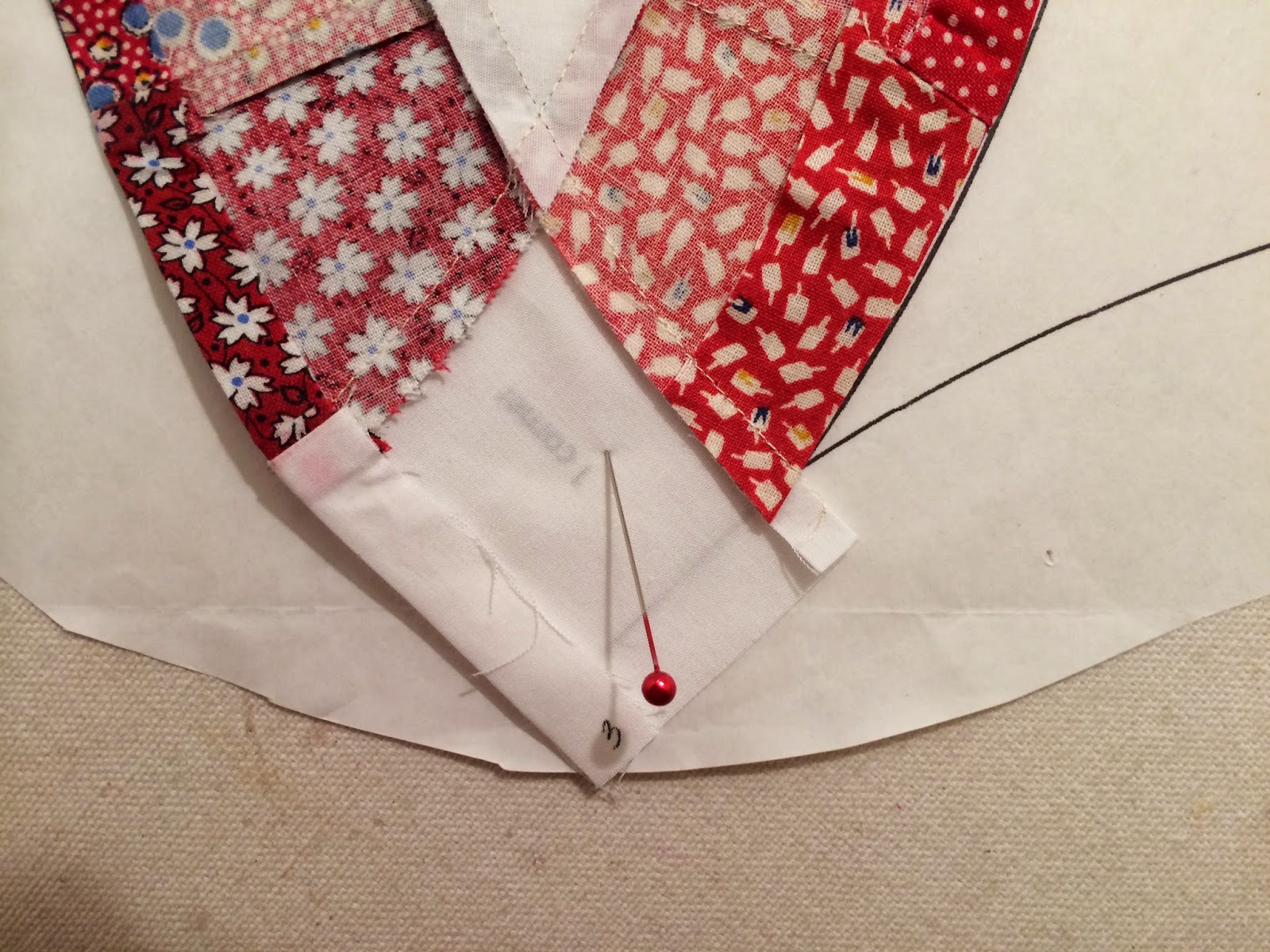 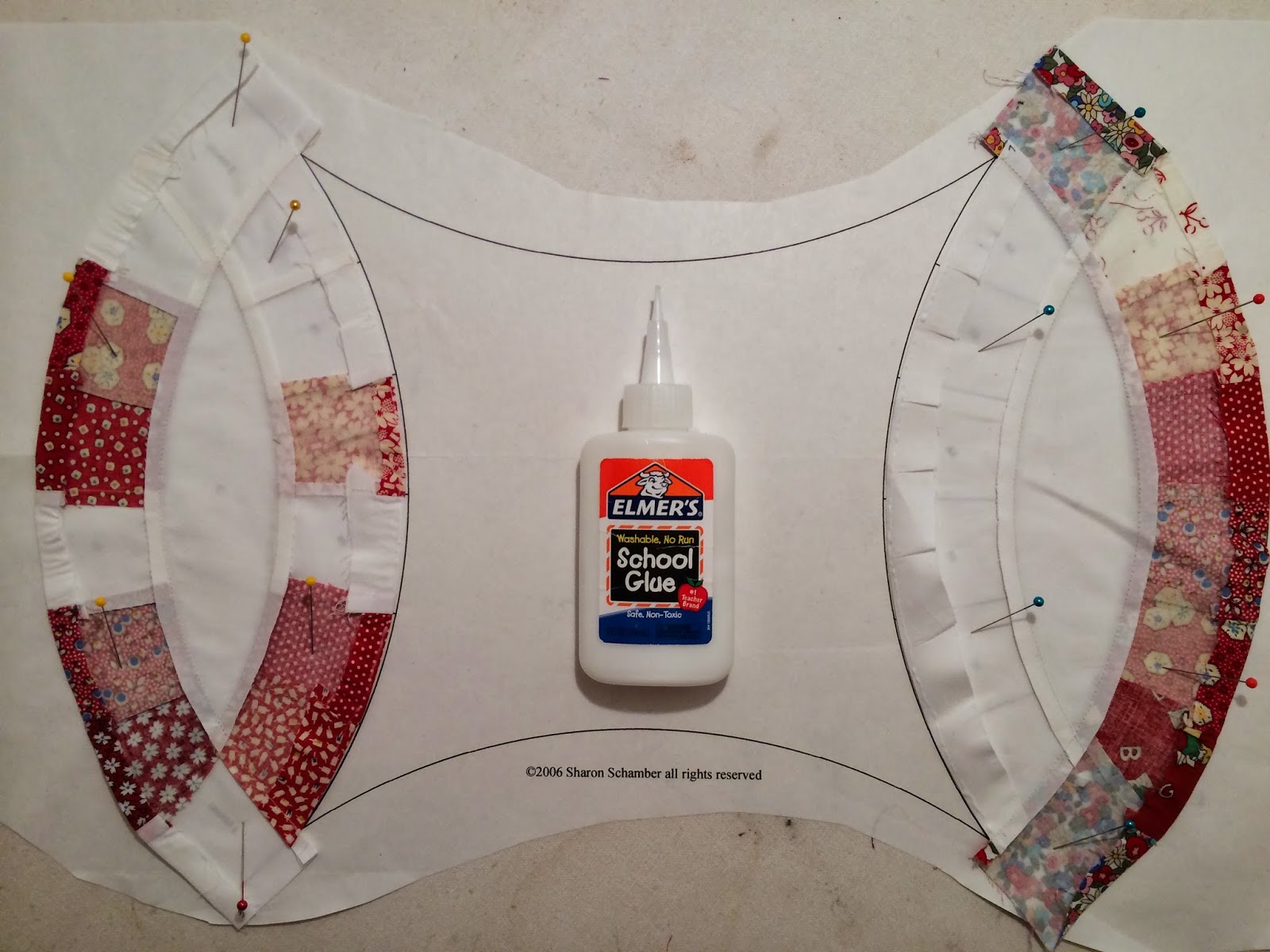 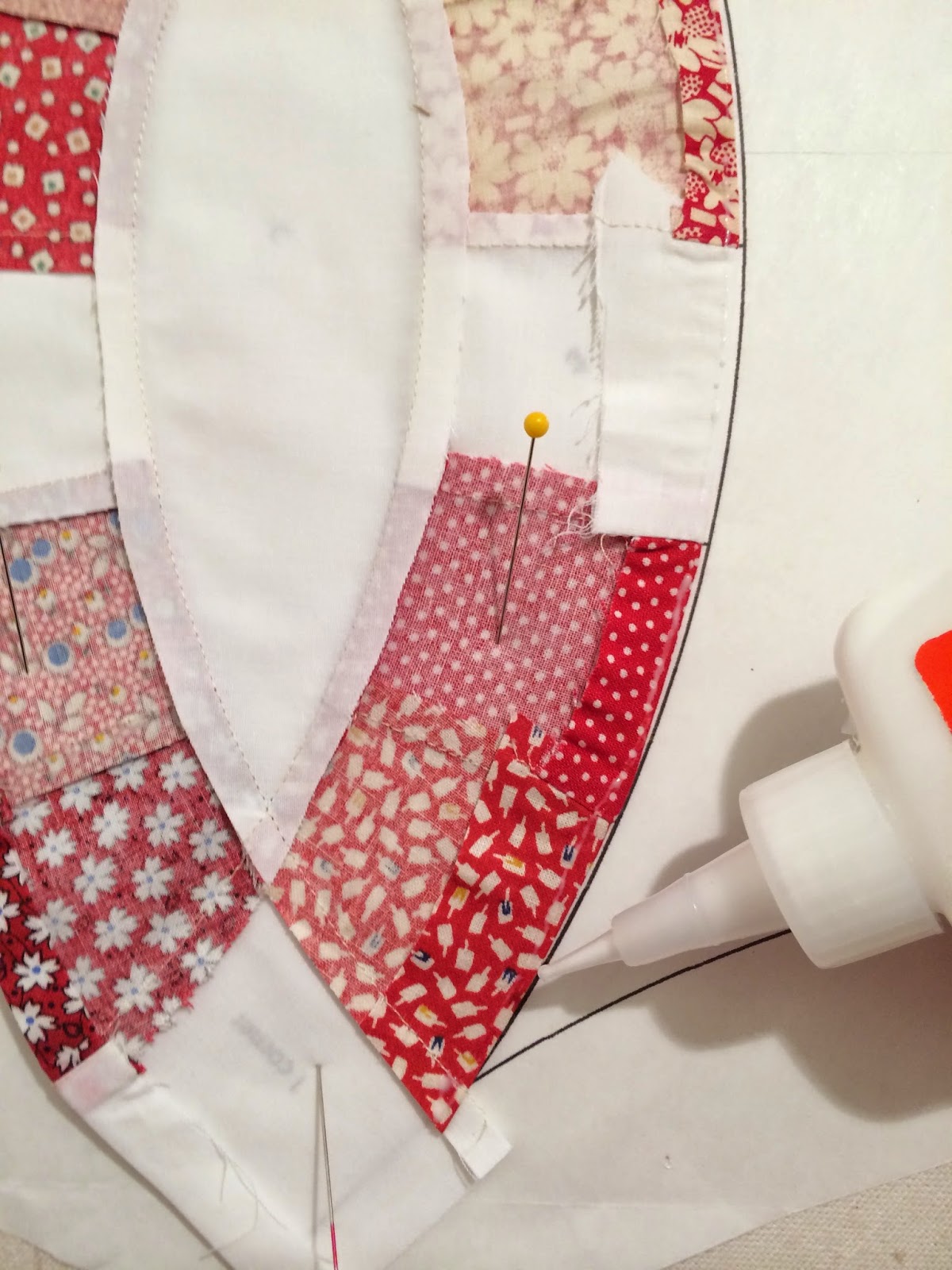 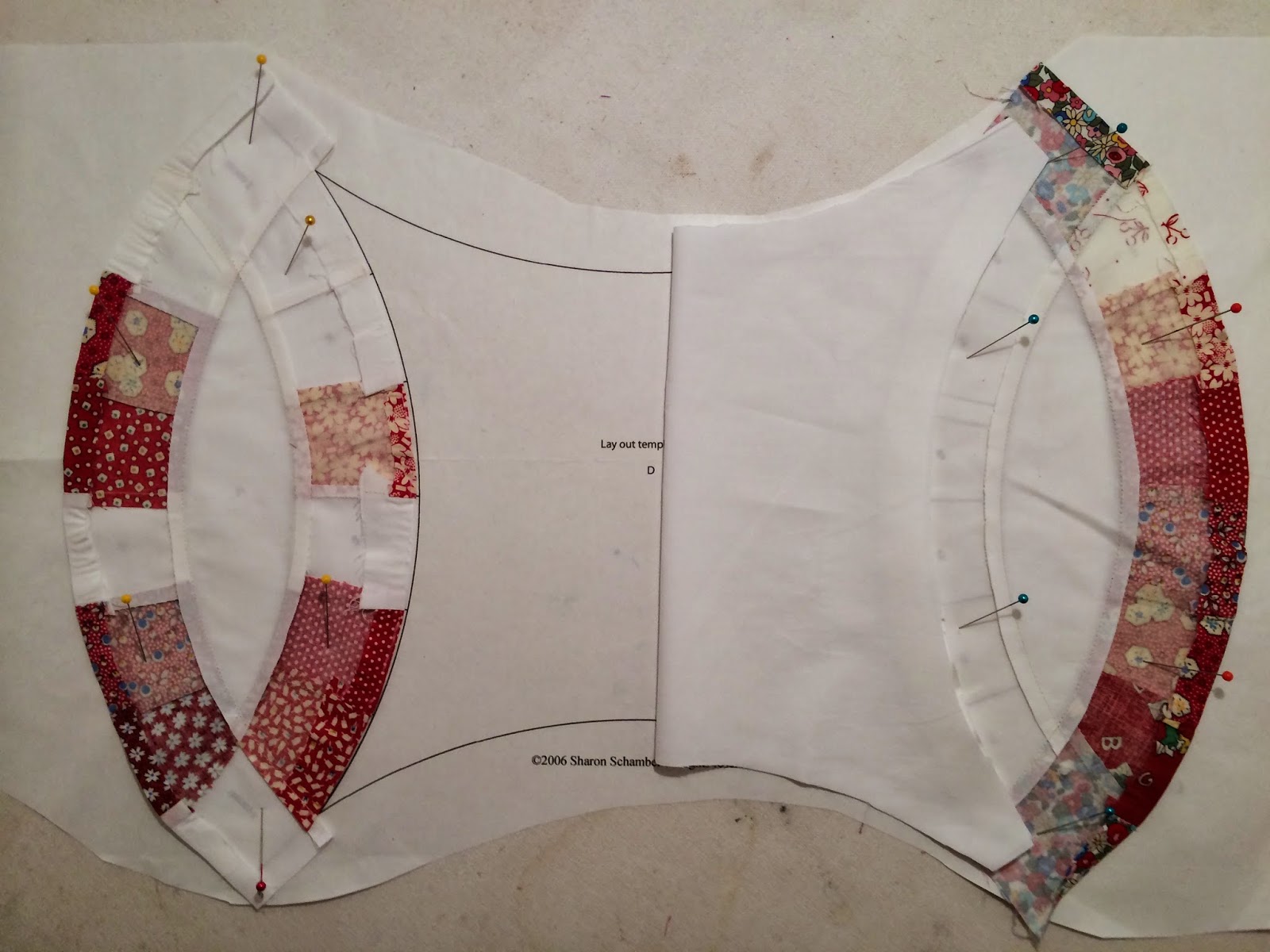 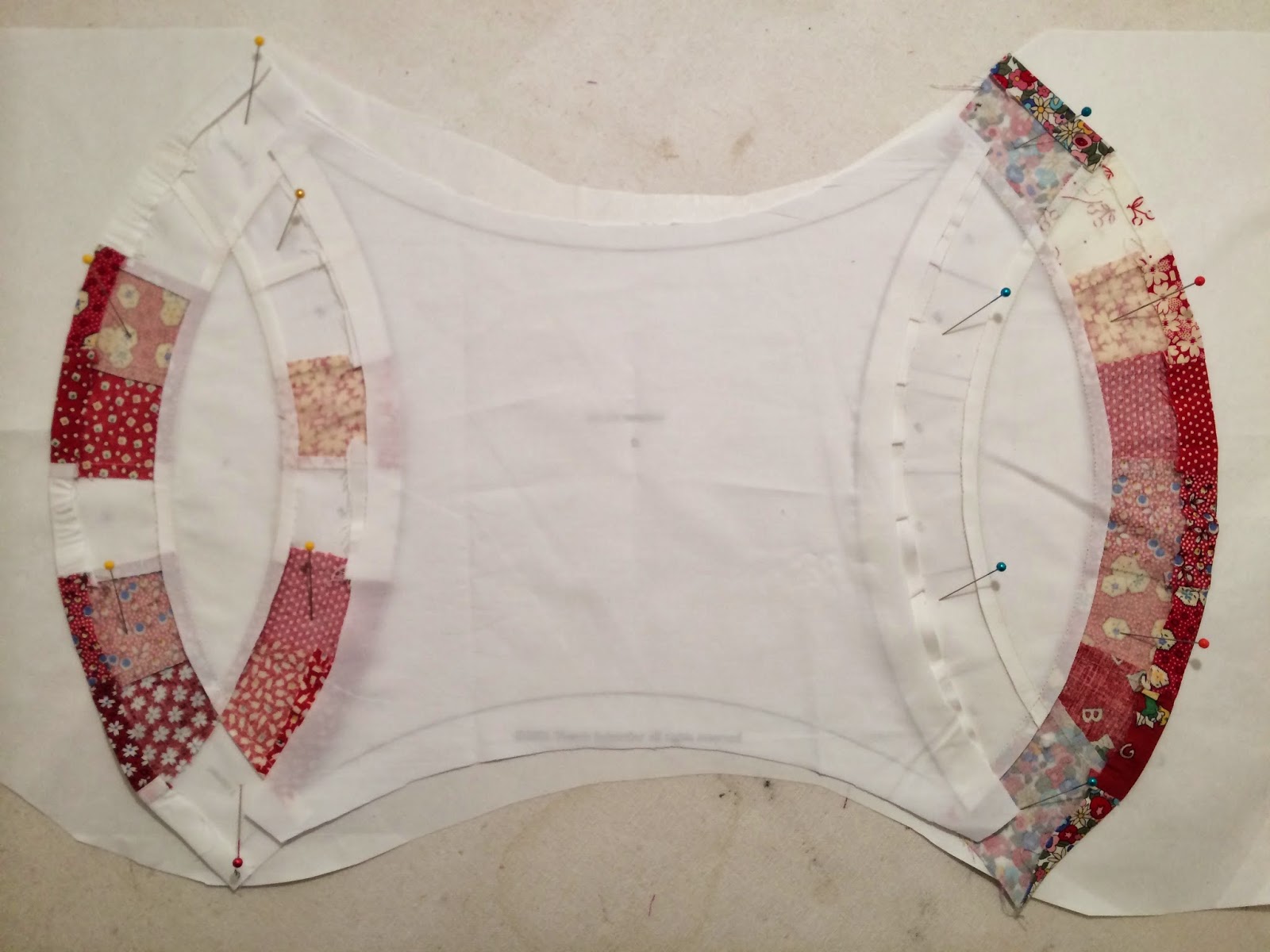 It looks so nice from the front! 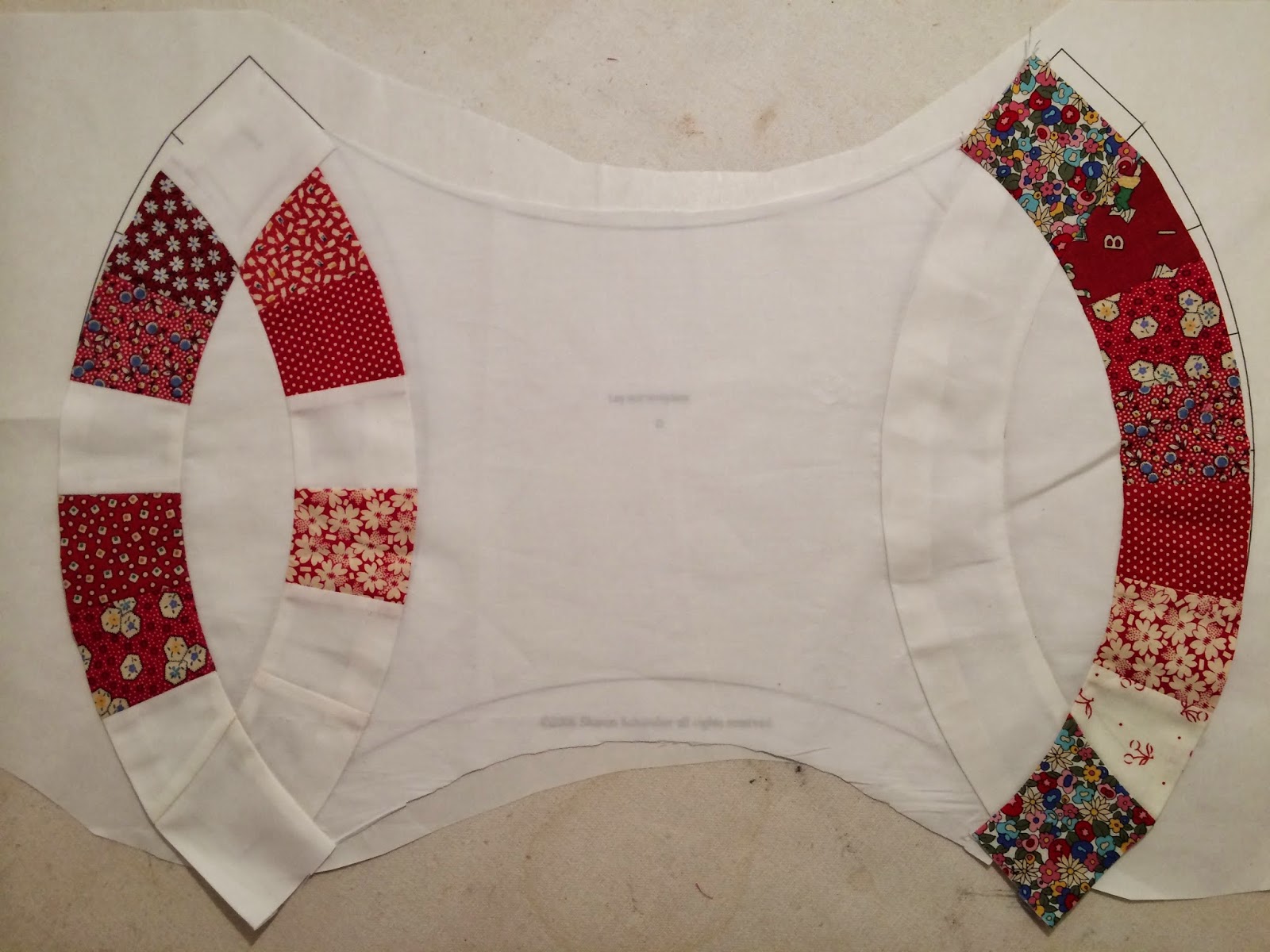 Before sewing the arches to the center, along the crease of arch A, you'll need to do a little clipping to open up the seam. The video walks you through it in detail. These pictures will give you an idea of how to do the clipping.

You'll need to clip along the previously sewn seam line, and through the two layers of fabric: the arch and the center. 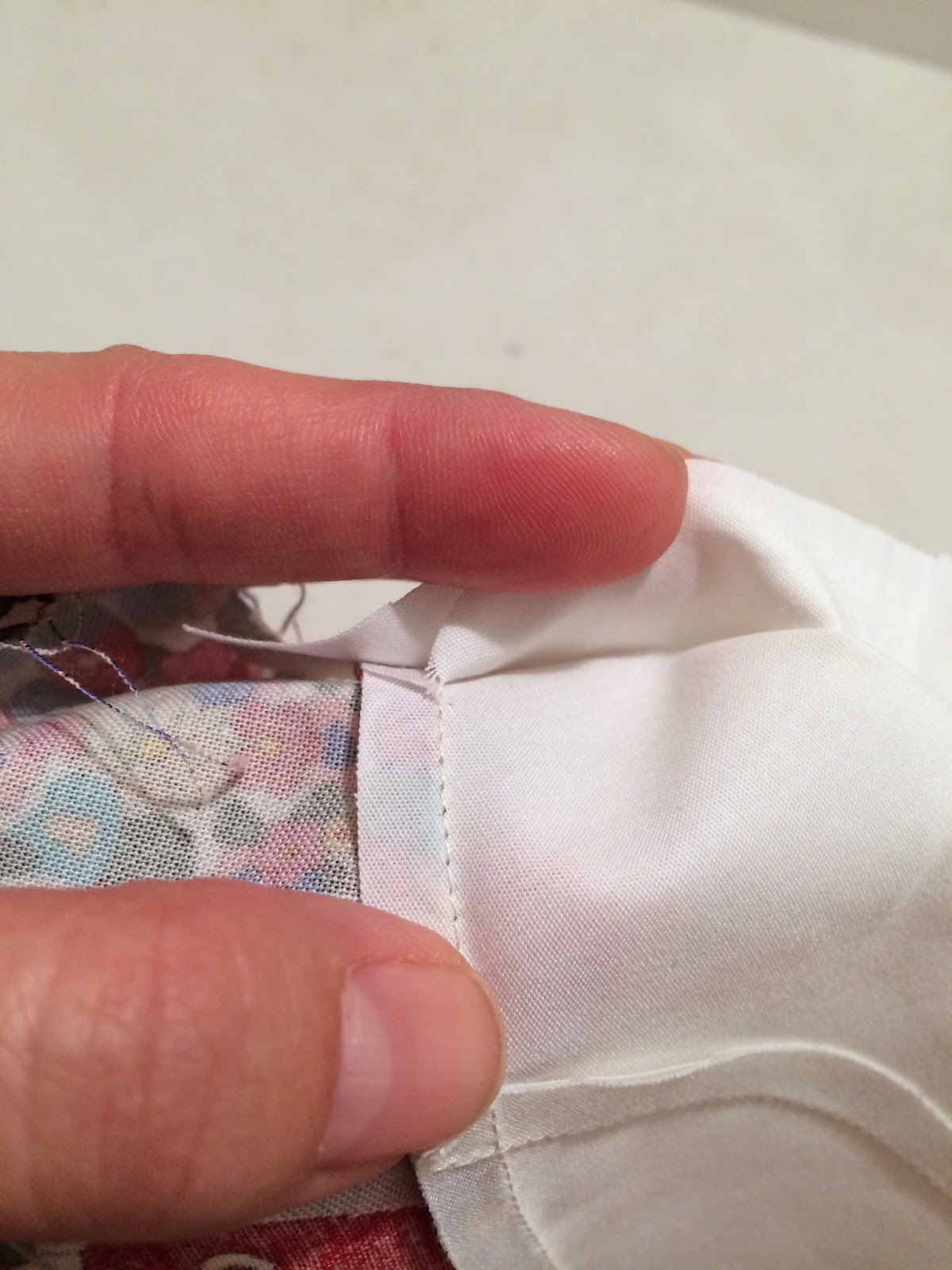 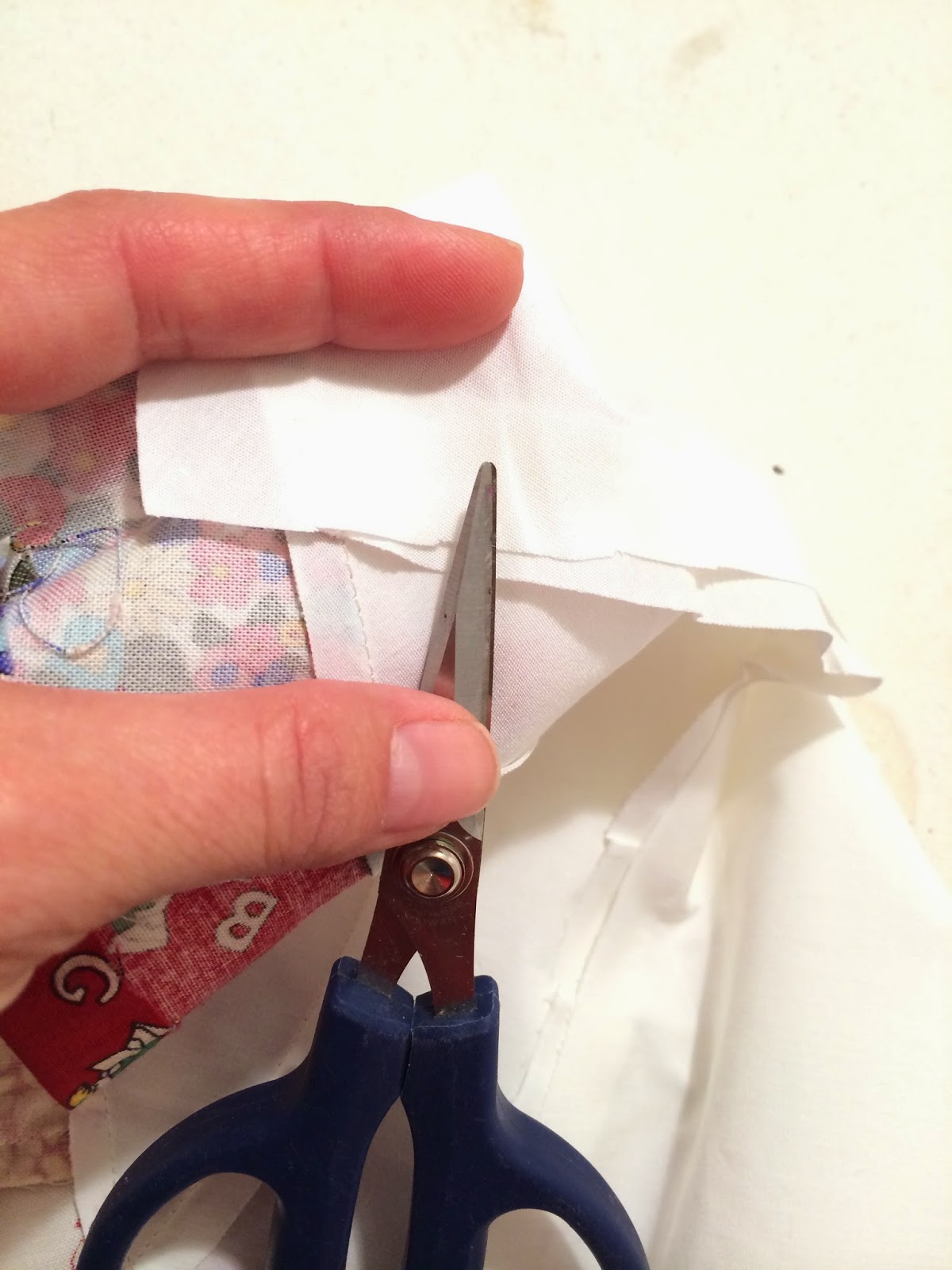 With your scissors parallel to the seam line, clip next to the seam, up to the arch A/center seam. Be careful not to poke through. This is why blunt scissors are important. (I apologize for the awkward position of my thumb. Taking pictures one handed, is not easy ;). The scissors kept wanting to fall to the side. ) 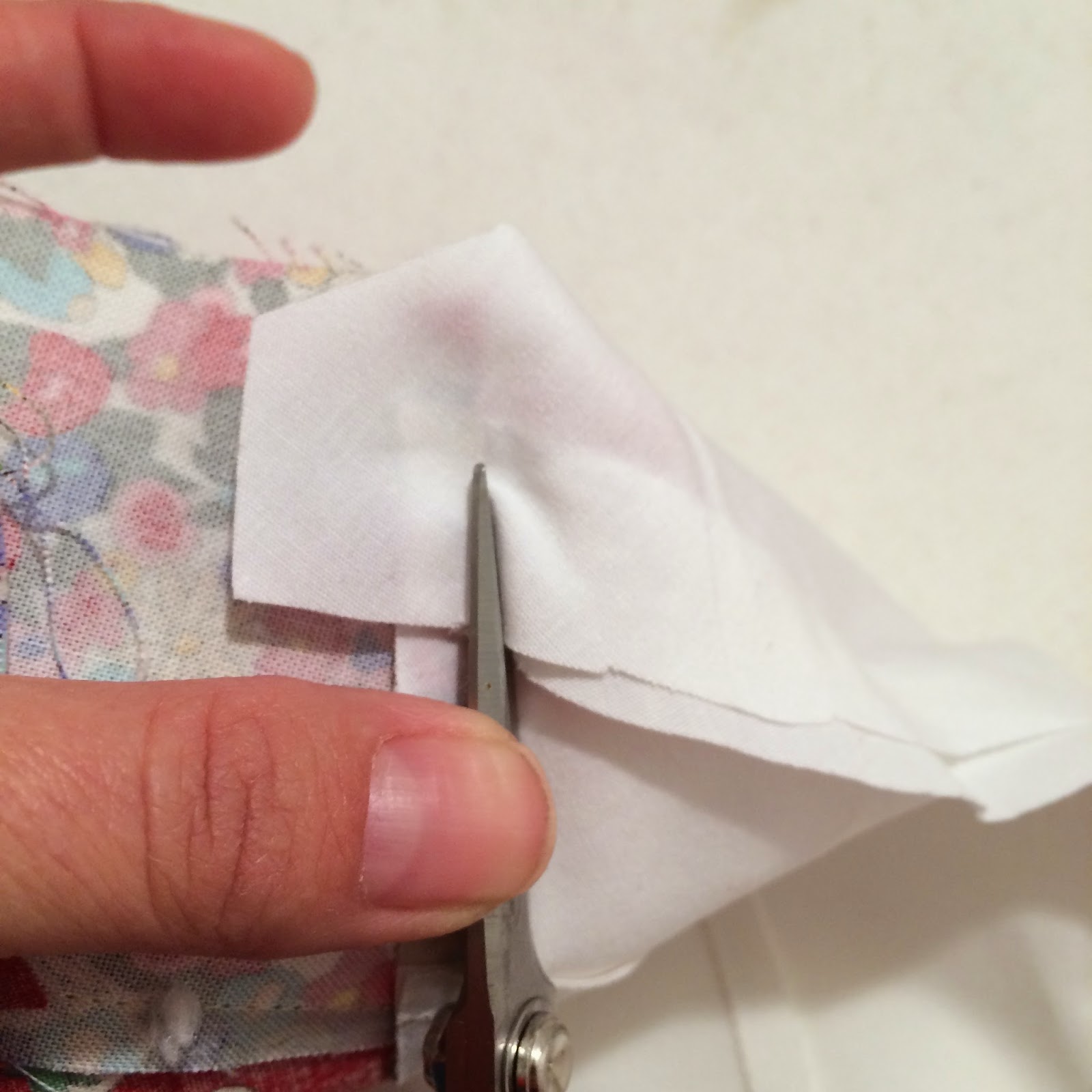 And now it's open and ready to sew! 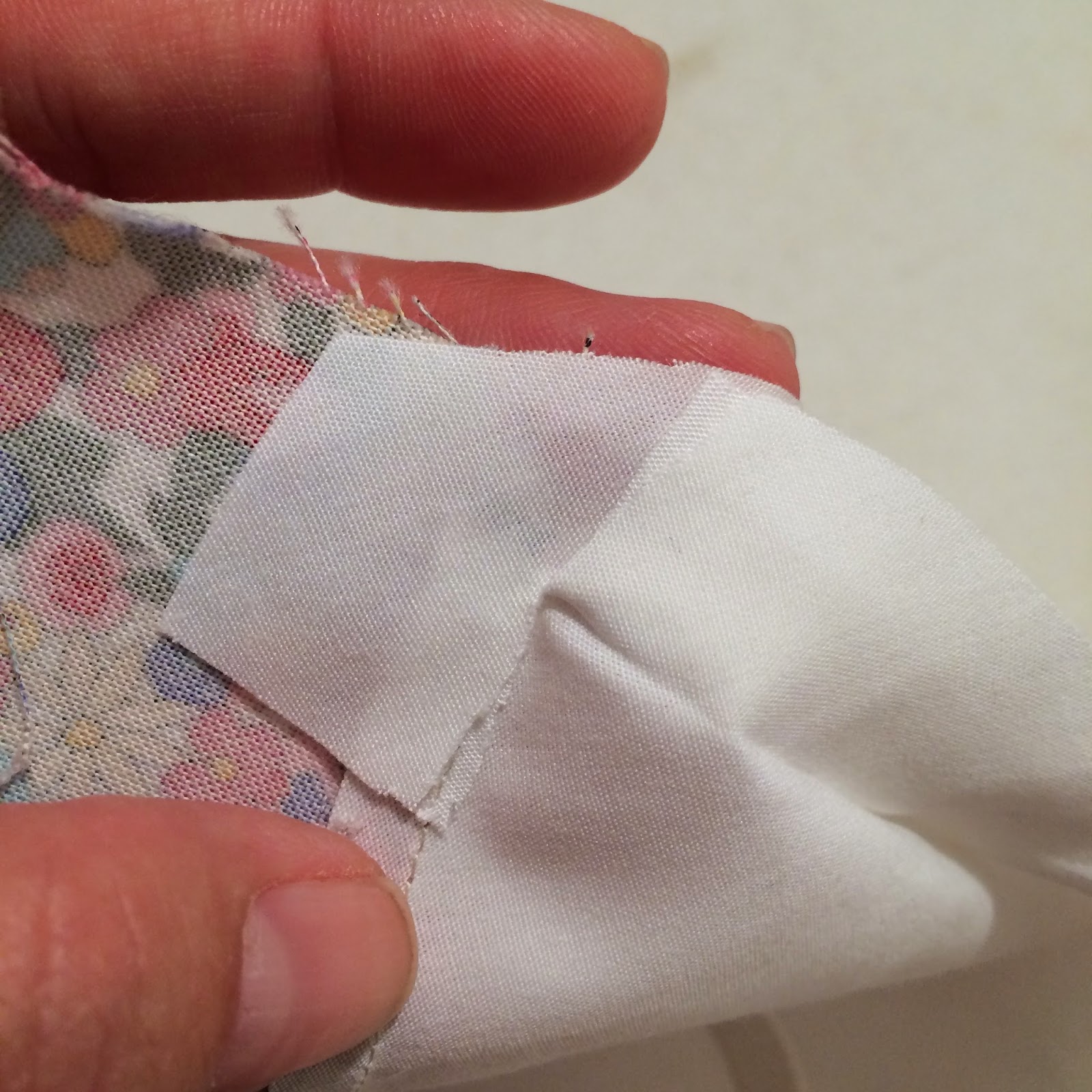 From the front, you can't see the clipping. 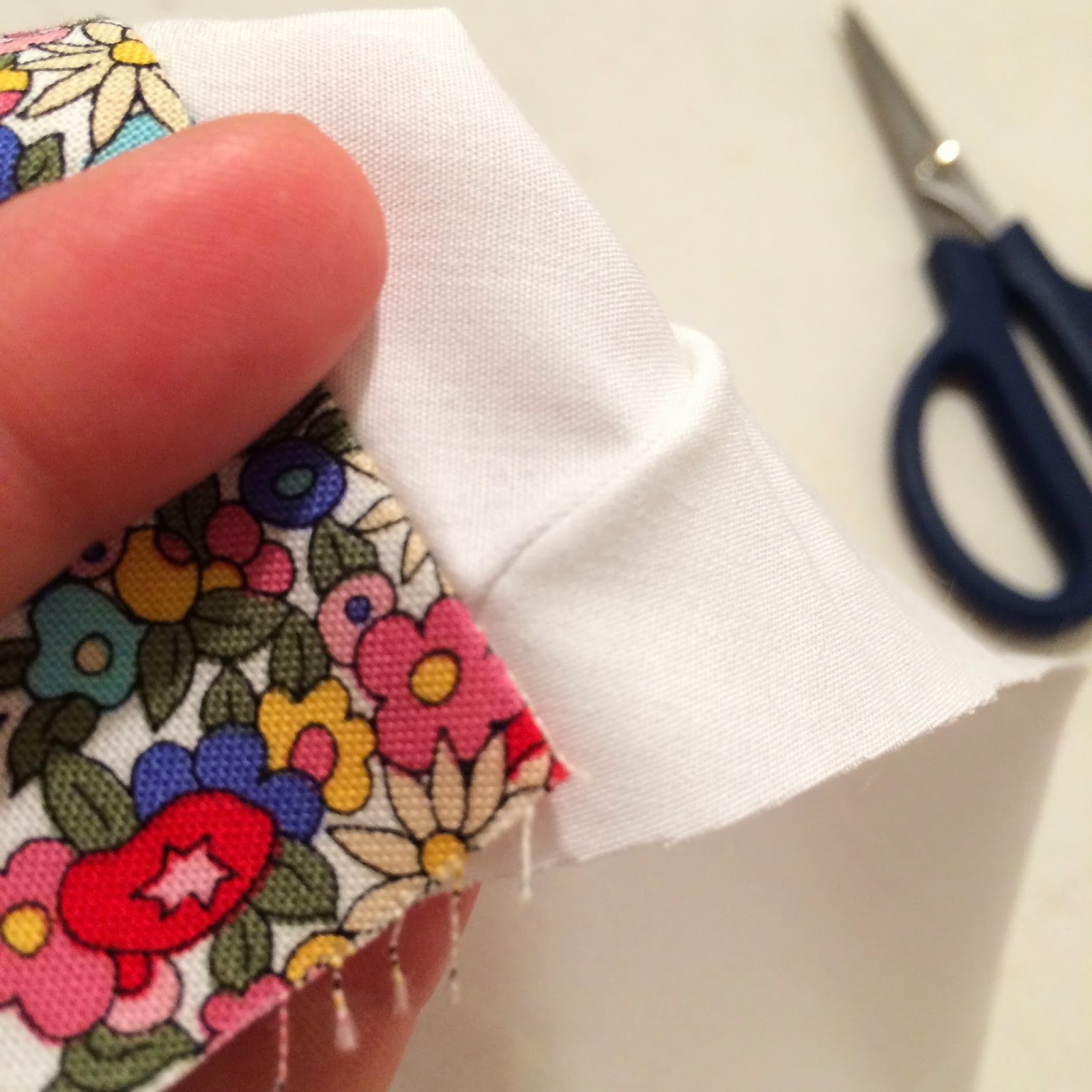 The last step is to sew the seams where the "A" arches meet the center. This is very similar to how you stitched the melon wedge units together. Be sure to watch the video, for some helpful hints. You'll repeat this process for each of your apple core units. 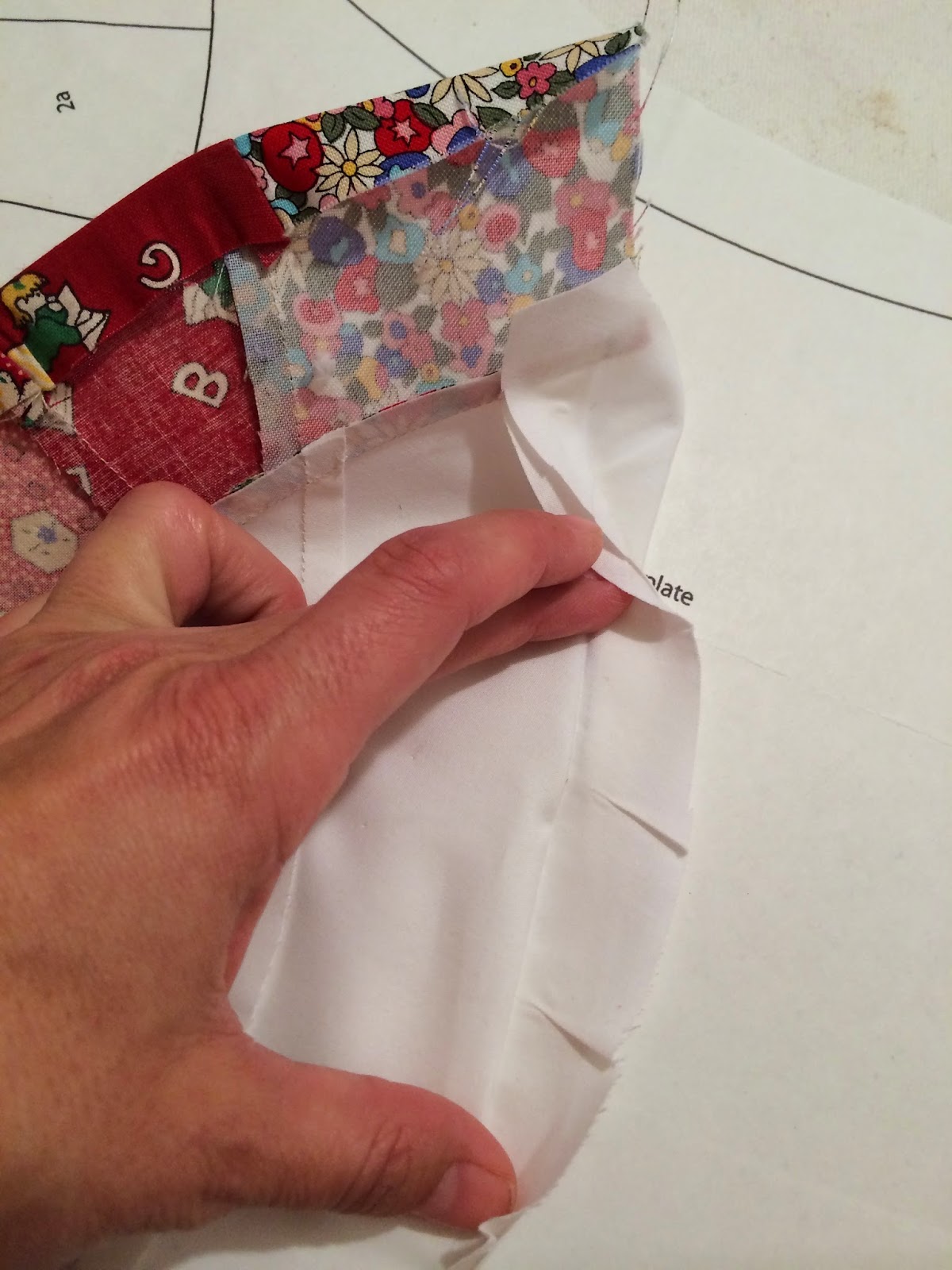 And that's it! You've done it!


Next up, I'll share how to assemble the apple core units into rows.

Thank you for stopping by!
Happy Stitchin'!
~Cristy

Comments will be approved before showing up.